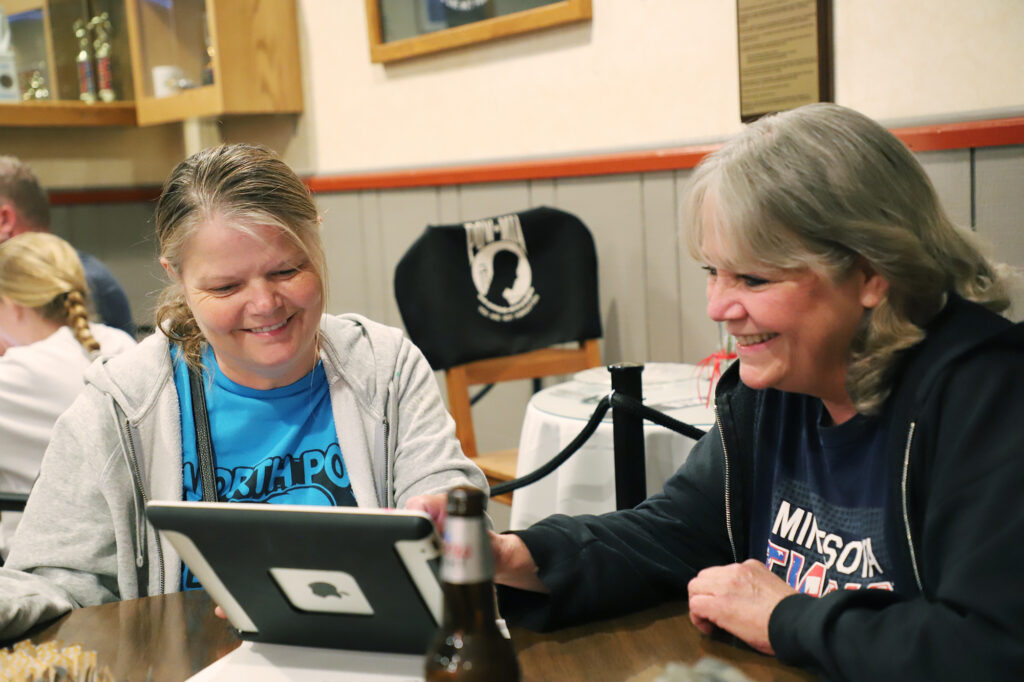 ST. PAUL — A bill that would severely constrict the 2012 deal surrounding electronic charitable gambling in Minnesota was a hot topic among veterans organizations the past month.

The e-pulltab language quickly moved from a committee into the commerce omnibus bill without much time for public scrutiny.

The language would require electronic charitable gambling — typically conducted on iPads — to resemble paper games such as pulltabs and bingo. The 2012 agreement was made with Gov. Mark Dayton’s administration, with the need to build and payoff a football stadium in downtown Minneapolis.

E-pulltabs, as they are known, were slow to take off at first but as the Gambling Control Board allowed newer, more engaging games, with themes like zombies or fishing and such, revenue for the state coffers, the state-funded stadium, jobs, bars and charitable causes grew.

House Rep. Keith Franke of St. Paul Park, who owns Franke’s Corner Bar and is a former mayor of that city, pursued an amendment to strip the language from the bill on April 21.

“The language in the omnibus bill that Franke would remove comes from a bill that was filed after the legislative deadline. This has left little to no time for a sound discussion among all parties involved,” Maxa wrote.

Maxa described how harming e-pulltabs would harm charitable causes across Minnesota. He spoke of the cooperation between The American Legion and the tribes that backed the bill.

“We all would prefer not to have lawmakers swoop in and change the landscape suddenly. All parties worked out an agreement in 2012, and there is no doubt we can do it again,” Maxa wrote.

Nevertheless, the House passed the bill, then the Senate version did not include the language. And the bill had a hearing in conference committee. The Senate majority says the language is a non-starter when it comes to negotiation that is anticipated for a special session in June.

Gov. Tim Walz has indicated he favors the language, saying that it would honor the 2012 agreement with the tribes surrounded gambling.

The Star-Tribune and Mankato Free Press editorialized against the bill. Both editorials noted the $1.3 billion that charitable gambling brings in. They cited the bill’s fiscal note.

It said local charities would lose $33 million. That’s money that American Legion, VFW, Jaycees, Lions, hockey associations and money others give away all across Minnesota.

It also said wages would drop by $35 million. Local restaurants and bars would lose $30 million. And the e-pulltabs generate about $60 million a year to pay off the bonds of US Bank Stadium.

The Free Press wrote: “The plan would not be implemented until next fall, when the hope is that the games could be redesigned to not mimic casino gambling. That’s an iffy proposition at best and carries too much risk of this funding going away completely, hurting charities and taxpayers.

“It’s troubling this plan seems like it was rushed through. Many stakeholders haven’t had a chance to weigh in.

“We urge legislators in the conference committee to cancel the plan to eliminate e-pulltabs.”

On the horizon in the Minnesota gambling environment is sports betting. In 2019, the Supreme Court struck down the federal ban on it.

Two lawmakers, one from each party, this session brought up making it legal in Minnesota, but leaders felt it was unlikely to be handled this session with many other issues on their plate as a result of the limited 2020 session.