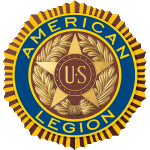 ~~ Please inform public of ceremony, and media is welcome to attend ~~

Montgomery man Arnold J. Zahratka, 96, will receive the highly regarded French Legion of Honor in a special ceremony on March 23 at Montgomery American Legion Post 79. The public is welcome.

Established by Napoleon Bonaparte in 1802, the French Legion of Honor is one of the most famous military decorations in the world. French ministers are responsible for identifying potential honorees. It is the highest distinction that France can bestow upon those who have achieved remarkable deeds for France. Zahratka will become a member of the National Order of the Legion of Honor.

Consul General of France in Chicago Yannick Tagand will be on hand to award the special honor on behalf of French President Emmanuel Macron. Tagand protects the interests of French residents and tourists in 13 Midwestern states, and he advances partnerships between France and the United States. He will arrive with chauffer Noureddine Tayazime.

Participants in the ceremony will be made available to the media following the brief ceremony.

Zahratka was born Aug. 31, 1925, to parents Tom and Bessie Zahratka. He attended St. Raphael Catholic School, then Montgomery High School. At age 18, he was drafted into the Army in October 1943.

After 17 months of training in Florida, then a few more days in North Carolina, he was sent to Camp Atterbury, Indiana, to join the 106th Infantry Division. He showed proficiency as an expert rifleman, machine gunner and hand grenadier. The 106th was shipped to England for further training before going to Le Havre, in the Normandy region of France.

There, the 106th regrouped and headed east to confront the Nazis in the Battle of the Bulge in 1944. Many soldiers in the division were captured or killed during the Ardennes campaign. The Germans encircled two of the division’s three infantry regiments — the 422nd and 423rd — and gained 6,000 prisoners in one of the largest mass surrenders in U.S. military history. Zahratka, however, was part of the division’s lone remaining infantry regiment, the 424th. They fought through eastern Belgium and down into the Alsace region of France. In the chaos of war, Arnold ended up being separated from his unit and was left alone in the Ardennes with no ammunition and very few provisions but eventually found his way back to his unit.

Zahratka was assigned to various duties in northern France and Belgium, then returned to California and finally to Camp McCoy, Wisconsin, where he was discharged in March 1946 with the rank of private first class.

He is a 70-year member of The American Legion. He has volunteered in many church and community activities and is well-respected in the Montgomery community.

After the war, Zahratka worked as a mechanic for several years before opening his own business, Buck’s Cities Service. After five years, he sold it and opened Buck’s Tavern, operating during the early 1960s. He sold it in the late 1960s and began working as a heavy equipment operator for Alexander Construction in Apple Valley. After 30 years, he retired, pursuing hobbies of fishing, snowmobiling, motorcycling and driving his Model T.

He married Gladys in February 1949. They had three children, Keith, Linda and Arnold. In January 2022, Gladys died of complications from Parkinson’s disease. Arnold has been blessed with six grandchildren, 12 great-grandchildren and one great-great-grandchild.

Since its inception, the medal consists of a five-armed “Maltese Asterisk” enameled in white, joined with branches of laurel and oak. (Image attached.)

At the center of the star, there is a medallion representing: on the front side, the symbol of the Republic with the inscription “République Française” and on the other side, a flag and a banner intertwining one another with the circular inscription “Honneur et Patrie.” The ribbon is in red moiré silk.

The president of the French Republic is the Grand Master of the Order and appoints all other members of the order — by convention, on the advice of the government. A chancery and a council of the order manage the order. They are located in Paris.